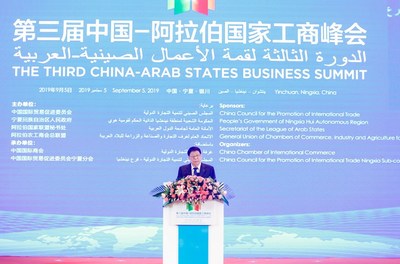 Du made the above remarks at the Third China-Arab States Business Summit held in Yinchuan, capital of northwest China’s Ningxia Hui Autonomous Region, during September 5-6.

According to Du, Arabian countries are one of Chery’s core overseas markets as well as the first choice for overseas markets, and the capacity of Arab auto markets, which is now around 3 million, is likely to exceed 5 million by 2024.

It is reported that currently Chery autos have already been sold in Saudi Arabia, Iraq, the United Arab Emirates (UAE), Oman, Syria, Lebanon, Bahrain and other Arabian countries.

So far, Chery has sold as many as 600,000 autos and set up four production bases and three joint ventures in Arabian and the Middle Eastern countries, yielding remarkable results by its advantages in automotive power, core parameters, product appearance and other aspects.

After more than 20 years of efforts, Chery has sold its products to 80-odd countries and regions and established ten overseas production bases. It has ranked No.1 in terms of exports among the Chinese passenger car brands for 16 consecutive years.

Meanwhile, Chery is gradually implementing the development strategy of integrated local research and development (R&D), procurement, manufacturing and testing, establishing R&D centers in the Middle East, Europe, Brazil and other regions, pointed out him.

As an initiative aiming at interconnection, mutual benefits and win-win results, the Belt and Road Initiative (BRI) has created new opportunities for open development, noted Du, expressing his hope that all related parties can cooperate to achieve growth together and promote Chinese auto brands to become world-class brands by taking opportunities brought by the BRI.