A special police team which was in Dubai for over a month to take custody of proscribed Peoples Amn Committee (PAC) Chief Uzair Baloch returned to Karachi emptyhanded on Tuesday.
The team, led by Senior Superintendent Police (SSP) Naveed Khwaja, returned after completing all legal paperwork pertaining to Uzair’s extradition.
According to sources, UAE authorities have reassured the police team that Uzair will be handed over to them next month.
Uzair had fled Pakistan soon after the launch of the Rangers operation in Karachi in September 2013.
The Sindh government had sent documents to the federal authorities in May 2014, seeking the issuance of red warrants against both Lyari gangsters Uzair Baloch and Baba Ladla who were said to have fled to Iran, Oman, the UAE or South Africa. The warrants were eventually issued against both Uzair and Baba on June 11 and 12, 2014, respectively.
In December 2014, Uzair was arrested in Dubai by the Interpol while he was crossing into the UAE from Oman by road.
A police team led by SSP Naveed Khwaja, DSP Kharadar Zahid Hussain, SSP Crime Investigation Department (CID) Usman Bajwa and a representative of Pakistan Rangers, Sindh had left for Dubai to initiate the extradition process of the PAC leader.
The police had applied for an official visa but since its process was getting delayed, the police team had gone there on a visit visa.
Currently, as many as 55 cases are pending against Uzair Baloch in various courts. Of these cases, one relates to the murder of Arshad Pappu and another relates to keeping weapons and explosives.
The PAC, lead by Uzair Baloch, has been blamed for its criminal activities which included killings, extortion and drugs business both by police and rival parties of the PPP. 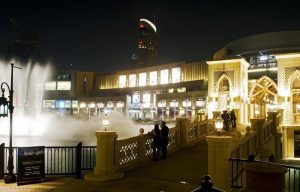