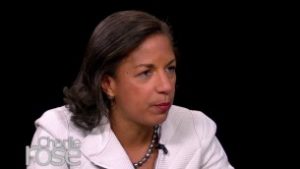 Prime Minister Benjamin Netanyahu’s top national security adviser is against a planned speech to the US Congress that has offended the White House and strained US-Israel political ties, a report on Wednesday said.
National Security Council chief Yossi Cohen expressed his misgivings about the speech to at least two people when he visited Washington last week, telling them he wished the event was not going ahead, according to correspondent Jeffery Goldberg, writing in the The Atlantic.

Cohen is apparently concerned that by accepting the invitation last month from the Republican Speaker of the House John Boehner to speak to lawmakers about the threat of a nuclear-armed Iran, Netanyahu may be seen as meddling with internal US politics, a view shared by others in the prime minister’s camp.
The Prime Minister’s Office denied the claims and said in a statement that Cohen supports the address to Congress and that he sees it as essential.
“In my opinion, the speech is imperative at this time in order to explain why the emerging deal between Iran and the P5+1 is dangerous for Israel and the world,” Cohen said, according to the PMO statement.
Earlier this week reports claimed that Netanyahu did not consult Cohen, who has managed contacts with the US over Iran nuclear talks, before accepting the invitation to address a joint session of Congress.
Cohen only learned of the planned speech hours before the official announcement was made in January, according to a report on the Israeli i24 news site.
The report was later confirmed by US-based blog Talking Point Memo, which noted that Cohen, a former deputy Mossad head, is an expert on Iran.
The upcoming speech, which is openly opposed by the White House, some Democratic legislators and many within the US Jewish community, angered the Obama administration and US lawmakers, who charged that the invitation to address Congress disregarded diplomatic protocol and was an attempt by Netanyahu to derail the US-brokered nuclear negotiations with Iran, Obama’s signature foreign policy objective.

In another setback for Netanyahu, at least two Arab state ambassadors who were personally invited to the address do not plan on being there. According to The Atlantic report, Israeli Ambassador to Washington Ron Dermer sent emails to the top envoys of Kuwait and the United Arab Emirates asking them to attend; however the invites were rejected.
Both Kuwait and the UAE are Sunni-majority states that have a common interest with Israel in fearing a nuclear-armed Iran and a show of faces in Congress could have added weight to Netanyahu’s bid that the house block an emerging nuclear deal that the Israeli leaders believes doesn’t go far enough in stopping Iranian ambitions to produce atomic weapons, Goldberg posited.
The report came as Cohen’s American counterpart, US National Security Adviser Susan Rice, said in an interview that the manner in which Netanyahu’s speech was arranged and his insistence in going ahead with it had become a partisan issue that was “destructive of the fabric of the relationship” between Israel and the US.
Netanyahu’s speech is controversial because it puts Israel on a collision course with the Obama administration as it negotiates with Iran over its nuclear program — talks that in their current form could lead to a deal that potentially poses an existential risk to Israel, Netanyahu has warned. Thus, he intends to argue before Congress on March 3 that the international community should increase its pressure on Iran, rather than ease sanctions against it under the reported terms of the emerging nuclear deal.
The speech is also set just two weeks before the prime minister faces elections back home, a fact that critics in Israel and the US have seized on to accuse Netanyahu of using the address to drum up support for his Likud party.
Britain, China, France, Russia, the United States and Germany — known as the P5+1 — have been seeking a comprehensive accord that would prevent Tehran from developing a nuclear bomb, in return for an easing of sanctions.
The cut-off point for the technical details of such an accord is June 30.
Meanwhile, Netanyahu turned down an invitation to meet privately with Senate Democrats next week during his visit to Washington, saying the session “could compound the misperception of partisanship” surrounding his trip.
Times of Israel staff contributed to this report.