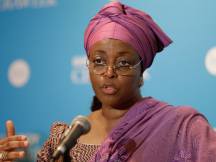 Saudi Arabia and its OPEC cohorts may have abandoned their role as market stabilisers, but they are taking the fight with their rivals downstream and locking in market share in oil-thirsty Asia.

Saudi Arabia, OPEC’s most influential producer, is revamping its strategy as it abandons its role of swing producer in global markets and rethinking its spare capacity, says Barclays Capital.
“The kingdom [Saudi Arabia] is increasing the level of refined products it exports to the market, relative to crude oil,” said Miswin Mahesh, analyst at Barclays Capital.
By building local refineries and increasing stakes in refineries globally in South Korea, China and the United States, “Saudi Arabia has a growing captive market for its crude.”
The strategy has helped channel refined product exports to markets in which Saudi crude is finding it hard to gain market share, Barclays said.
State-owned Saudi Aramco and Royal Dutch Shell Plc. jointly owns Motiva Enterprises LLC, which comprises three refineries with a combined capacity of one million barrels per day.
In the U.S., Saudi Arabia’s market share has remained at 13% since 2012 up from 10% in 2005-10 period, although actual volumes exported to the U.S. are significantly lower due to rising shale production from Eagle Ford and North Dakota.
“Some of the barrels being imported from Saudi Arabia currently are ‘sticky’ – either on long-term contracts or directed to the 600,000-bpd Motiva refinery” in Port Arthur, Texas, Mr. Mahesh said.
In China, Saudi Arabia partly owns Fujian Refining and Petrochemical Company Ltd., which processes 240,00-bpd of mostly Saudi oil.
S-Oil Corp., South Korea’s third-largest refiner, is 63.4% owned by a Saudi Aramco unit. The Saudi giant is also looking to lock in 400,000-bpd for a proposed joint venture with PTT Public Company Ltd. in Vietnam at a cost of US$22-billion.
“Rising Middle East product exports will have an even greater impact on global oil product markets than the transformation of the U.S. downstream sector in years to come, with outflows coming from three new mega-refineries,” said the International Energy Agency in its annual five-year outlook.
These refineries include the 400,000-bpd Satorp plant in Jubail on the Persian Gulf, commissioned in 2013; and the Yasref facility on the Red Sea, also 400,000 bpd, started in late 2014, apart from a 420,000-bpd Ruwais refinery in the UAE expected to come on stream this year.
The Saudis refined a record two million-bpd of crude oil in 2014- a 26% jump over the previous year.

I don’t think the OPEC strategy is failing

Overall, Middle East countries will add 1.68 million bpd of refinery capacity by 2020, compared to 874,000-bpd in North America.
The push downstream comes as OPEC’s strategy to maintain production and push out expensive non-OPEC producers is working, although it’s taking a while for production to slow down in Canada and the U.S.
“I don’t think the OPEC strategy is failing. First of all, you are not going to see an instant response,” Antoine Halff, chief oil analyst at the International Energy Agency, said in a telephone interview.
“Investment decisions are not going to translate into an instant drop in supply. But I would say, if anything, we would see a faster response this time then we had seen during previous price correction as the U.S. tight oil production is a bit more price responsive.”
Brittany Sowacke/Bloomberg In the U.S., Saudi Arabia’s market share has remained at 13% since 2012 up from 10% in 2005-10 period, although actual volumes exported to the U.S. are significantly lower due to rising shale production from Eagle Ford and North Dakota.

The IEA forecast shows non-OPEC production would slow down but still grow, leaving the market closer to equilibrium.
“Basically, we have growth in demand exceeding growth in supply capacity – that means it’s a more balanced market, and higher call on OPEC’s production,” Mr. Halff said.
In sharp contrast to U.S. and Canada where drilling patterns have declined, Saudi rig counts have held up, and Aramco is reportedly seeking a US$10-billion to fund investments, including potential downstream acquisitions.
The changing market may also compel Saudi Arabia to rethink its 2.7-million bpd spare capacity and put more barrels in the market.
“In a low price environment, and given the potential of U.S. shale oil to return to the market at a high price, there is an incentive to maximize revenues by boosting production, and we would not rule out the kingdom pursuing this option,” said Mr. Mahesh.