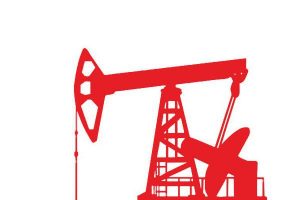 A total of $44.5 billion will be pumped into the energy sector over the next five years, according to deals and memoranda of understanding (MoUs) signed by Egypt at last week’s international economic conference.The energy sector attracted a considerable part of the investments made at the three-day conference, which ended Sunday.
International and Gulf companies grabbed the lion’s share of opportunities promoted by the government in oil and gas exploration and development, construction of power plants and upgrading electricity transportation networks.
In the oil and gas sector, $21.3 billion worth of investments were agreed to. However, a large part of the amount was agreed upon before the event. British Petroleum (BP), for example, signed a $12 billion agreement a week before the start of the conference, held at the Red Sea resort of Sharm El-Sheikh.
The agreement was in its final stages in 2010 when some experts in the field launched a campaign against it, accusing the oil minister at the time, Sameh Fahmi, of wasting Egypt’s resources by signing on the dotted line. The deal was meant to introduce a new model whereby the government would buy 100 per cent of the production rather than having only a share of it.
The signed version of the contract was not published, but it was drawn up according to the last draft. The government was to pay the company’s taxes to further reduce its costs, “which is a total waste of resources,” noted Ibrahim Zahran, an oil expert.
The remaining $9.3 billion are distributed among three companies. BG, a British company, signed a $4 billion agreement to develop natural gas fields in the Mediterranean over two years. A $350 million gas deal was announced by the UAE’s Dana Gas, which involves the drilling of new development wells.
The Italian energy company Eni also entered into agreements worth $5 billion for several gas discoveries over a four to five-year period. The oil minister said the deal will be finalised within six weeks.
The investments will revive the energy sector after more than three years of stagnation in exploration activities. Natural gas production met only 27 per cent of total needs in 2014. Gas alone covers 49 per cent of all fuels used in Egypt, while oil derivatives contribute 47 per cent.
Investments in the sector are essential because economic growth in the country is led by construction, manufacturing and agriculture, all of which depend on energy, Khaled Abu Bakr, head of TAQA Arabia, told Al-Ahram Weekly before the conference began.
In a country of 90 million people, the demand for energy has grown nine per cent over the last decade. Now, after the slowdown in economic activities, the demand is expected to grow at around five per cent.
Power generation MoU projects worth $23.2 billion were signed to meet the growing consumption of electricity, which exceeded 3,000 megawatts (three gegawatts), and to overcome the lack of liquidity to upgrade existing plants and networks.
Siemens International signed four MOUs worth $10 billion to construct power plants with a total capacity of 6.6 gegawatts. The German industrial group said it was awarded a contract to supply turbines to the Attaka power plant under a supply contract with Al-Sewedi Power System Projects, according to Reuters.
The preliminary agreements with Siemens also included a new factory for wind power generation parts. A $1.8 billion MoU was signed with a Chinese company to develop electricity transportation networks.
Two UAE coalitions were agreed with the government to build two coal-fuelled power plants. One will be in Oyoun Moussa near the Red Sea and the other in Kafr Al-Sheikh, north of the Delta.
Using coal as fuel in Egypt was approved by the government in 2014 to confront an energy crisis, despite a campaign led by the minister of environment at that time and several NGOs and activists who warned of the effects of using coal for power generation on public health.
However, a renewable energy project also attracted several billion dollars. ACWA Power International of Saudi Arabia and Masdar of UAE will invest $2.4 billion to construct a number of power plants, including solar plants and a wind energy project. The total production capacity will run to 4,400 megawatts.
The government has taken a few steps to attract private investments to the sector, setting feed-in tariffs for renewables.
A Jordanian company signed a $3.5 billion MoU with Egypt for projects to generate 2,000 megawatts of solar energy.
Egypt has suffered from increasingly frequent power cuts for the past several years, affecting households and limiting the production capacity of energy-intensive industries.
The growing budget deficit and economic slowdown made it hard for the government to finance the needed investments in energy. The government has taken many steps to liberalise the energy market to attract investors who can boost services in the sector.
Most of the power generation deals signed at the conference were preliminary, unlike the gas and oil agreements. The amount of power to be generated when these projects materialise will exceed by far the gap that Egypt is currently suffering from, according to an announcement by the Ministry of Electricity.
The influx of investments in the sector is an encouraging sign.
“As investors, particularly in the area of renewable energy, the outcome of the conference makes us optimistic about the commitment to reform in the energy sector, and reinforces our positive impressions that this is a very good sector to be in at the moment,” said Sherif Al-Kholi, director for Africa’s operations in Actis, a regional private equity.