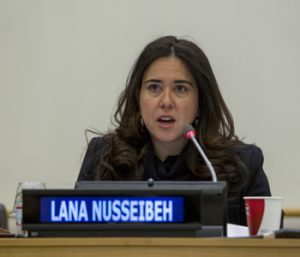 More money must be spent in key areas such as education and health care in order to enhance gender equality, says the United Arab Emirates’ ambassador to the UN.
Lana Nusseibeh presented key findings from the UAE on how best to promote gender equality in the new development goals being elaborated by the international community.
It’s expected that funds will be focussed on areas such as early or child marriage, violence against women and a lack of access to sexual and reproductive health.
Cathrine Hasselberg began by asking Ambassador Nusseibeh for an explanation of what finance for gender equality entails.
Duration: 2’55″