NetEase Games ha s  announced that the looter shooter Badlanders is receiving an Arabic language version of the game, giving millions more players around the world the chance to  dominat e  the battlefield.

GUANGZHOU, China, April 13, 2022 /PRNewswire/ — NetEase Games is proud to announce that Badlanders will add support for the Arabic language in a future update. Badlanders is an online multiplayer looter shooter that offers players a brand new experience for the genre, as they loot defeated enemies and use or sell their gear. Badlanders is available now on PC and mobile devices and is currently playable in English and eight other languages. 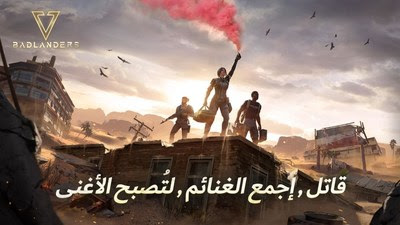 Badlanders pits 25 players against each other on the battlefield, each with their own objectives to complete. Defeating an enemy offers more than just bragging rights, as it’s possible to loot the gear from other players and make it your own. The looted gear is passed to the victorious player for them to keep. Victory is not that simple, however, as the player will still need to find a way to evacuate the battlefield with their spoils intact.

The equipment and the weapons that the player finds on the battlefield can all be upgraded in the workshop, in order to improve their abilities and skills. These weapons can then be taken into battle, but be warned that fancy gear will make you a target for other players. Badlanders is a brutal game of survival, where the victor takes the spoils, but they must also be prepared to gamble their own gear in the process.

There is more to the loot in Badlanders than giving an advantage on the field or bragging rights. It’s possible for players to buy or sell their gear in the in-game shop. Badlanders offers a realistic shooter experience for mobile devices. The Arabic language version will bring even more players to the game and grow Badlanders to new levels of popularity.

To learn more about Badlanders, visit:

The Conference Board Launches Research Center for the Gulf Region